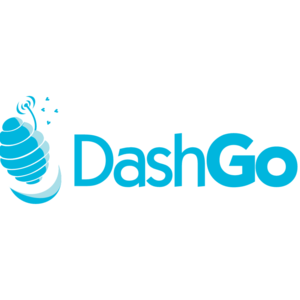 The premier end-to-end music distribution resource, DashGo distributes to digital platforms around the world. Our catalog of 200,000+ songs and 10,000+ artists includes some of the most revered independent musicians, personalities and programs in the world.

DashGo Energizes its Expansion in the UK with New Hire

Dilks has a strong track record of working closely with music talent and maximizing value for labels and artists. He worked in A&R at BMG Music in the UK and went on to lead A&R...

Dilks has a strong track record of working closely with music talent and maximizing value for labels and artists. He worked in A&R at BMG Music in the UK and went on to lead A&R at Bonnier Music across the Nordic territories. Dilks has also served as Head of Membership for ASCAP for UK and Europe. Most recently, he oversaw all commercial music as SVP at Songtradr.

“I’m thrilled to have this opportunity to accelerate DashGo’s growth in markets I know deeply, and to contribute to the growth of AVL generally,” says Dilks. “DashGo’s strengths will prove ever more valuable in our rapidly changing marketplace in the coming years. A well-versed distribution partner like DashGo that brings a lot of ideas and relationships to the table is going to be increasingly essential to success.”

“I'm very excited to have Charlie leading DashGo in the UK. His extensive industry background across music and technology in the region and his great taste in music align perfectly with DashGo,” says Ben Patterson, President of DashGo. After adding representatives in Japan and India in 2019, we know that for DashGo to excel in the UK we need a local team that can address the unique needs of the market in order to meet our own expectations for true white-glove distribution services."

Behind some of the most popular LoFi playlists on the major streaming services is an unexpected figure, a music industry veteran in his golden years who just happens to adore the style’s blissful, beat-inflected sound. Dubbed “LoFi Rod,” Rod Linnum worked for decades at UMG before joining independent label services company DashGo.

The shift to digital distribution and data has led many to focus on the science and to forget the art of getting music to the right listeners. But music is not a widget that can be pushed indiscriminately from one place to another. It’s the product of people in scenes, trying to reach other people.

Rod knows this well, from years spent carefully building relationships with artists, labels, and other key industry figures. “I got into the rising tide of this music,” reflects Rod. “It was a scene filled with creative energy, but it was still pretty disorganized and scattered.” Rod and DashGo have worked to change that and bring artists more business and visibility.

The unlikely champion of this youthful genre--many artists are barely out of their teens--came by his love of the music honestly. After leaving Universal, he took an extended trip to Europe and fell for chill out, the mellow electronic style wafting through the cafes and bars of the continent at the time. Rod loved the music so much, he founded his own label to put out his favorite artists.

As chill out faded, Rod heard a similar vibe in LoFi. “I started hearing chill out music but with hip hop beats and all the clicks and pops and scratches that I loved in chill out. I really like it because it combines all those elements. It’s electronic and the beats are very contemporary, but it has these wonderful vintage jazz vibes. When I heard it, I made my own playlist.”

Things took off from there. Now, Rod curates popular playlists on Apple Music, Spotify, and Audiomack. The Apple Music playlists have grown rapidly, and one generates over 2MM plays per month and is the only third-party playlist featured in Apple Music's "Chill Room" section. When DashGo noticed the momentum on its LoFi playlists, it began reaching out to and signing a few indie labels and artists. The pace has since increased: DashGo has  signed 5 LoFi labels in the last 3 months. It now represents a significant portion of the increasingly successful genre.

“We saw the success and the energy, and thanks to Rod, we knew it was not a very organized genre but had lots of really talented Artists,” say DashGo President Ben Patterson. “We believe we can add value for these Artists. Our mantra is to add value for clients, who need to be treated with respect and be promoted accurately and authentically to the different platforms and services. We’ve figured out a way to do this for a wide range of genres, by building expertise and then relationships from the grassroots up.” The tale of LoFi Rod shows that though music technology has shifted much, the business at its best remains one of creative ties and committed champions.

Rod now is building on the LoFi relationships he’s forged in new ways, working to make connections around the genre. He’s started bringing artists together for collaborations who are perfect complements, but may not be aware of one another’s work yet. “I’m really excited about finding individual unique artists and putting them together to collaborate,” Rod enthuses. “Most recently, I encouraged a young Portuguese artist, UKDD and Brazilian LoFi veteran, Ray Ben Rue, to do a track together, and the resulting collaboration was immediately added to numerous curated playlists. I love being that catalyst, putting two artists that work well together on one track. It’s rewarding that artists who are successful at other labels want to join us. We take a lot of pride in that.”

Part of the AVL family of companies, DashGo is a white glove distributor that works to maximize the value of music catalogs in partnership with select clients, reaching over 600 worldwide digital storefronts and developing strategic plans for marketing, PR, and partnerships. The company’s full-featured API has become a go-to distribution tool for labels and music platforms around the world, with clients from Taiwan to Brazil. Currently working with a catalog of more than 500,000 songs, it has developed direct relationships and integration with download, streaming, and radio services, and collects directly from SoundExchange.